What Does The Vet Say? WINTER EDITION 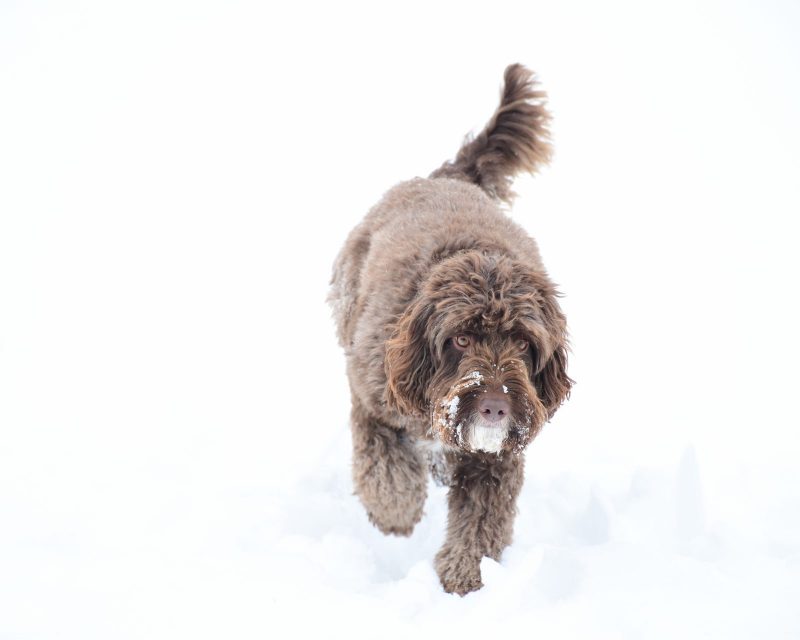 Many of us living a rural lifestyle share one common thread, our animals. They are an integral part of our day to day giving us companionship, comfort, and purpose. For many, animals are work colleagues and represent livelihoods, so it’s undeniable they often take pride of place in our households (even if we don’t quite care to admit it!). Yet, just as we humans need the Doctor, their welfare lies in the trusted hands of our veterinary professionals.

It just so happens, I have not one, not two but THREE vets in the family with both of my sisters and one of their partners in this profession. It’s safe to say that dinner time conversation was enough to send me running in the opposite direction! It is, however, a fascinating, versatile and high pressured industry that, until truly needed, often gets overlooked or taken for granted.

But what is the shoe like on the other foot? If you’re anything like me, you are a little bit nosy (or interested, shall we say) so here you have an insight into the working life of an equine, small animal and farm vet – the winter edition. 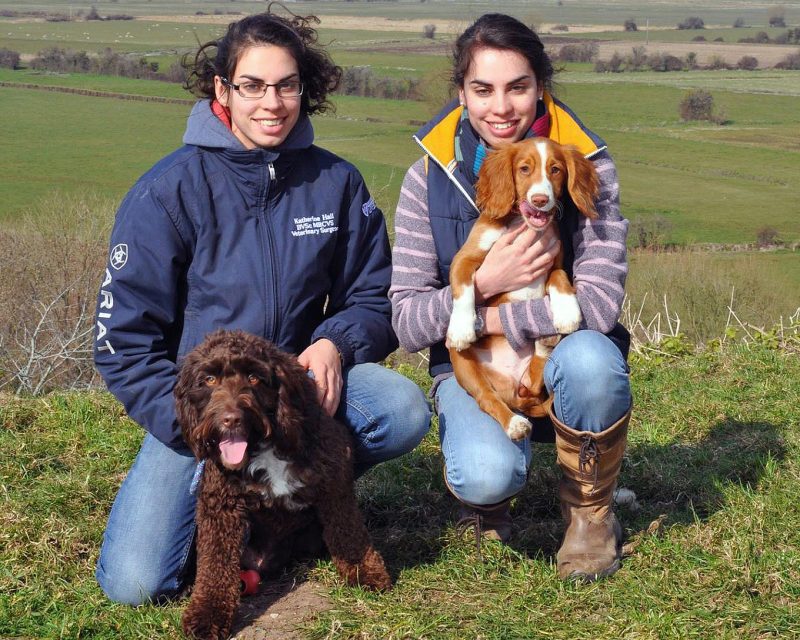 Firstly, let me introduce them:

Katherine Hall BVSc MRCVS – Graduated from the University of Liverpool. She has since worked at an Equine Clinic in Yorkshire for 5 years and is currently completing a certification in Equine Medicine.

Stacey Hall BVSc MRCVS – Graduated from the University of Bristol. She has since spent 5 years in Small Animal Practices. Based in Somerset, she has treated all sorts from parrots to foxes!

Ashley Stewart BVetMed MRCVS – Graduated from the Royal Veterinary College. He has since spent 8 years working in Mixed Practices. With a current focus on equine, he is still very much keeping his hand in with the farm work.

Putting Covid-19 aside for a moment, what does the month of January typically look like for you?

KATHERINE (EQUINE): For us, we carry out more routine work in January such as vaccinations and dentistry. We also tend to see a lot of foot abscesses, laminitis, and colic. We are currently doing a push for Winter Health Checks, as it’s nice to touch base with our clients ahead of the Spring.

STACEY (SMALL ANIMAL): January is a catch-up month for us as we try not to do too much routine work over Christmas and the new year! We see a lot of new puppies for vaccinations and routine neutering surgeries.

ASHLEY (FARM): For farm vets, January consists of lots of TB testing, mainly because farmers try and get it done whilst the herds are spending a lot of the time indoors anyway.

What are your biggest headaches at this time of year?

KATHERINE (EQUINE): Probably mud! It makes examining legs difficult, especially when horses are out in the field.  Also, the snow can make it a challenge getting to calls but this year the flooding has been worse. Detours have caused an increase in time between appointments.

STACEY (SMALL ANIMAL): Because of COVID we’re having to consult outside so that’s more difficult for us, the client and the animal at this time of year.

Also, although we haven’t seen any cases, a lot of people worry about Alabama Rot because it is more prominent in the Winter and the Spring. I think there is quite a lot of scaremongering on forums and online generally, which causes a lot of unnecessary concern.

ASHLEY (FARM): Fighting the cold! Trying to write when you’re outside in the winter is impossible and operating outside can be frustrating because just holding onto surgical instruments is difficult.

Rookie Mistakes – what simple things catch us out, as owners, every winter?

KATHERINE (EQUINE): Definitely mud fever and cellulitis. We need to be checking our horse’s legs closely under the mud and treating any problems quickly.

STACEY (SMALL ANIMAL): You’d be surprised at how many people think it’s a good idea to give their dogs a Christmas Dinner. We deal with a lot of pancreatitis cases and tummy upsets because of this. Chocolate ingestion is also very common!

ASHLEY (FARM): I would say over-feeding. Sheep, in particular, tend to have everything thrown at them to get them into peak condition. However, being overweight can complicate lambing, so over-feeding can incur more caesareans and general difficulties in the Spring.

Warning Sign – What winter ailment would you most want to increase awareness of?

KATHERINE (EQUINE): Obesity. It’s common to see horses wearing rugs and being given hard feeds that they don’t need. As long as they have something to eat, horses can generate their own heat and they have a much wider thermoneutral zone than humans. Just because we feel cold, it doesn’t mean that they do! Winter itself is an underutilised weight management tool.

STACEY (SMALL ANIMAL): I would also say obesity because many people don’t realise their animals are overweight and it leads to so many health issues like heart and joint problems and diabetes. It’s a concern all year but over winter, shorter days often mean less exercise for our animals.

ASHLEY (FARM): I would go with obesity as well. Especially in smaller equines, like Shetlands, the extra pressure on joints can cause issues later in life and make them more prone to conditions such as Equine Metabolic Syndrome and Laminitis. We see an awful lot of this one at this time of year.

We have to mention COVID-19. What are the biggest challenges that this has brought about for you?

KATHERINE (EQUINE): For me, wearing a mask is my biggest headache. Especially if focusing on something difficult or doing something quite physical.

STACEY (SMALL ANIMAL) The biggest challenge for us has been staffing. Like a lot of practices, we’re working in small teams (or bubbles) so that if one team contracts the virus, the other can continue working. It’s a constant battle trying to do the same amount of work, with less staff.

Also, the Lockdown led to a massive demand for puppies with, sadly, a notable increase in puppy farming and we are seeing lots of puppies with health issues and more owners that aren’t prepared for the long-term time and financial commitments that owning a dog brings.

ASHLEY (FARM): Social distancing. People have an inherent nature to want to be close to what’s going on, especially with their animals. It can be difficult asking people to maintain 2 meters distance because we understand it isn’t natural. Also, certain tasks require an extra pair of hands. Some routine procedures are being held off for the time being because they compromise social distancing. It’s a balancing act accommodating client needs and keeping ourselves safe.

COVID-19 aside, to conscientious owners who want to help their vet and do the best for their pet, what would you say?

KATHERINE (EQUINE): Simply be ready on time with a clean horse! And please warn us if your horse is needle shy BEFORE we try to inject it!

STACEY (SMALL ANIMAL): I would 100% say insurance or at least having money set aside for accidents or illnesses. Veterinary health care is expensive and we find that clients often have completely unrealistic expectations of cost, partly due to the NHS covering the cost of human health care in this country. Having pets insured, with a good “covered for life” policy, removes the worry and means we can do more in terms of diagnostics and treatment that they otherwise might not be able to afford.

ASHLEY (FARM): In the farming community this question probably doesn’t apply quite so much. We mainly get called when it’s an emergency anyway and I find people very grateful because it will often be something they can’t fix themselves. But furthering Stacey’s point, I think because we have the NHS, we’re slightly oblivious to the cost of good medical care.

Thank you to Katherine, Stacey and Ashley for taking the time to talk to me. I hope that in a time of separation this article will be of interest, helping to close the gap between those using veterinary services and those providing them.

We will be talking to all three vets again with individual features and with lambing season almost upon us, I have a feeling it will be Ashley’s turn first! So if you have any questions you would like answered, please do get in touch! 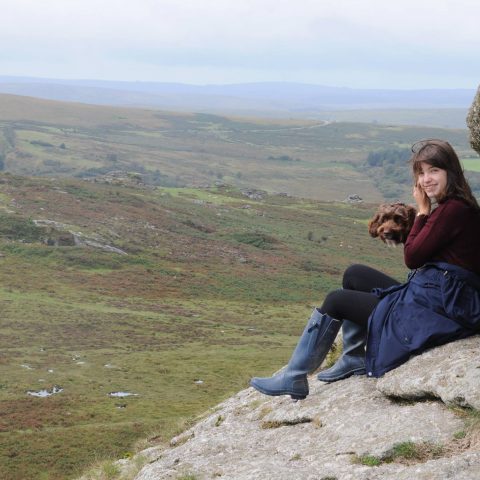 A motto I live by is “if it makes your heart happy, follow it and the right doors for you will open”. I grew up on the Somerset Levels and am currently studying my final year of Hospitality Management at the University of Plymouth. After specialising in the Cruise Industry and spending 7 months sailing around the world, I simply confirmed that the British countryside is where my heart lies. Like many, my love of the countryside runs deep. I spend as much of my free time possible riding, sailing, baking or exploring with my dog in tow and I love nothing more than a countryside picnic…except maybe a cosy pub dinner! To me, hospitality is about having something you’re proud of and wanting to share it; a purpose I see mirrored in the objectives of the Ladies Countryside Community and I’m excited to get stuck in! Take a look at my blog @thecountrysidecorner