Posted on 5th May 2021 by Eloise Armiger

Learning how to train my sheep dog puppy

I have kept sheep for several years but mostly as pets. This year I am aiming to take it up a notch and start to look to make an income from my small holding. I currently only have a small flock of 10, but we all must start somewhere. Some of my girls are great and will come in to a bucket, but there’s a couple who will have none of it. When it comes to getting them in for lambing or checking them over, I can spend ages trying to entice them in, hiding behind things so I can run and shut the gate behind them, it’s a nightmare so as my flock grows, I really need some help.

Introducing Meg she is my 8-month-old sheep dog. Her parents were both from a working background. From the start she has shown an interest in working, she is constantly trying to round my chickens and ponies up. But when it came to the sheep she would just run and there would be no stopping her. It came to a head a couple of weeks ago when out on a walk with my two boys, she spotted the sheep (luckily mine) and was just gone, she split the flock up, two jumped over into the next farms field. Trying to catch her with a toddler in toe was not my idea of fun. So, I looked into finding someone who could help me.

So far, we have only had two sessions, but she has picked it up quickly and it now seems its more of a case of me learning what to do and not so much her. I found a lovely couple in west wales who are fantastic, so if anyone is in this area looking for a trainer, I can pass their details on.

They started working her in a round pen with a small flock that are used to young dogs. They began getting her moving around the pen and saying the commands so she would begin to associate them with the direction she was going. For clockwise its ‘come-bye’ and for anti-clockwise it’s ‘a way’. For someone who is still not particularly good at my left and rights this is my downfall as I kept forgetting the command I needed to use.

The main thing I learnt was that its more about the tone of voice you use and not the actual word, so there is a lot for me to practice on for our next session. With meg we are practicing getting her to ‘stand’ as this is the area she struggles with. She is so eager she struggles to stop and lie down and wait for the next command. But she is still only a baby, and I am so proud of how far she has already come. At the end of our last session, I was able to walk around the pen and she kept the sheep following me. She did not need the command she just knew which way to move inorder to keep them on the right track. The trainers said her eyes never leave the sheep which is a sign of a good working dog.

I have already noticed a change in meg, she is listening a lot more to me, and yesterday for the first time she spotted the sheep in the field and didn’t run of after them.  So I will look forward to updating you of our progress as I’m really enjoying it and I’m really keen to learn more. So if anyone has any tips I’d love to hear them. 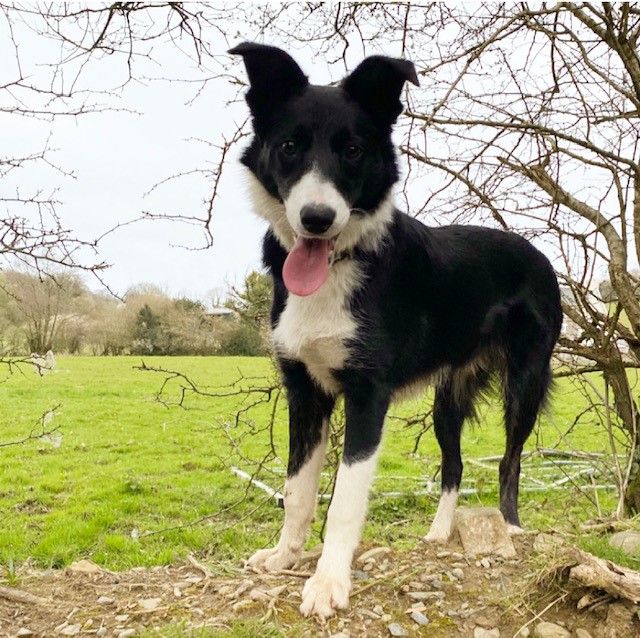 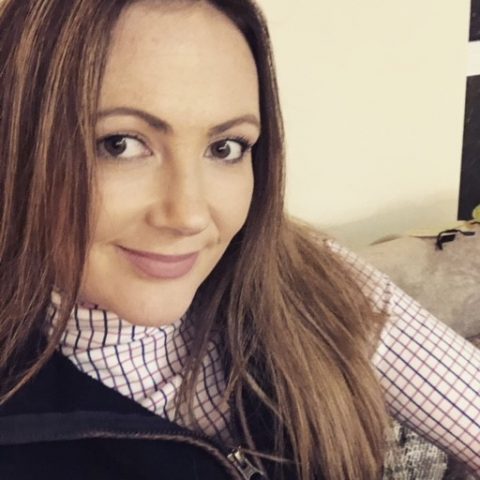 I am an equestrian Confidence and Mindset Coach. I help riders and equine business owners to transform their mindset and hit their goals. I’m a certified NLP Practitioner and I love helping people to start believing in themselves and find their true worth. I’m a mum to two little boys we live on a farm in Wales, with our small herd of Shetland Ponies and my welsh Cob Red. We love nothing more than exploring the beautiful welsh countryside with our dogs and visiting the coast in the hope of spotting some dolphins.