Have you heard the tale of the mysterious footprints that appeared on 8th February 1855? It’s one of Devon’s well know mysteries and even inspired a film called ‘Dark Was The Night (2014).

After a snowy night in Devon, residents woke to find a trail of footprints left in the snow.  Nothing strange there you might think, but the trail stretched over 100 miles through the countryside.  Reports say the prints were 3″ wide and 8″ apart and covered walls, haystacks, drainpipes, roofs and even the frozen river.

Image: ‘The Ghost In My Machine’ – Unresolved The Devils Footprints. The Great Devon Mystery of 1855

The prints were soon named the ‘devils footprints’ due to their shape resembling a cloven hoof.  Over 30 different locations across Devon reported the phenomenon and rumours quickly circulated the Devil had walked over Devon.

The only known surviving documentation of the events of that night are those collected by H.T. Ellacombe, a vicar of the parish of Clyst St. George (1850 – 1885).  Ellacombe noted on the night his dog had been disturbed and barked during the night and stated “there is no doubt as to the facts – that thousands of these marks were seen on the snow on the morning of the 9th ult. extending over many miles on either side of the Estuaries of the Exe & the Clyst – even to the suburbs of the City. All agree in form – varying  some little in size – but the general appearance was the same – that of a Donkey’s Shoe – such is the answer given me by my parishioners & other neighbours”.

Image: Drawings from the Illustrated London News compared with those from the Ellacombe Papers. From Theo Brown, ‘A Further Note on the Great Devon Mystery’

‘EXTRAORDINARY OCCURRENCE. –Considerable sensation has been evoked in the towns of Topsham, Lympstone, Exmouth, Teignmouth, and Dawlish, in the south of Devon, in consequence of the discovery of a vast number of foot-tracks of a most strange and mysterious description. The superstitious go so far as to believe that they are the marks of Satan himself; and that great excitement has been produced among all classes may be judged from the fact that the subject has been descanted on from the pulpit.

It appears that on Thursday night last there was a very heavy fall of snow in the neighbourhood of Exeter and the south of Devon. On the following morning the inhabitants of the above towns were surprised at discovering the footmarks of some strange and mysterious animal, endowed with the power of ubiquity, as the footprints were to be seen in all kinds of unaccountable places – on the tops of houses and narrow walls, in gardens and courtyards, enclosed by highwalls and palings, as well as in open fields.
There was hardly a garden in Lympstone where these footprints were not observable.  The track appeared more like that of a biped than of a quadruped, and the steps were generally eight inches in advance of each other.  The impression of the foot closely resembled that of a donkey’s shoe, and measured from an inch and a half to (in some instances) two and half inches across.  Here and there it appeared as if cloven, but in the generality of the steps the shoe was continuous, and from the snow in the centre remaining entire, merely showing the outer crest of the foot, it must have been convex.  The creature seems to have approached the doors of several houses, and then to have retreated, but no-one has been able to discover the standing or resting point of this mysterious visitor.  On Sunday last, the Rev. Mr Musgrave alluded to the subject in his sermon, and suggested the possibility of the footprints being those of a kangaroo; but this could scarcely have been the case, as they were found on both sides of the estuary of the Exe.  At present it remains a mystery, and many superstitious people in the above towns are actually afraid to go outside their doors after night.’

There are many theories as to what, or who, created the prints that night.  From badgers to kangaroos, monkeys to wolves with other popular theories including otters or rats. One thing is for sure, the mystery remains to this day.

Where they the footprints of the devil?  Let’s hope they don’t appear again so we don’t have to find out for sure! 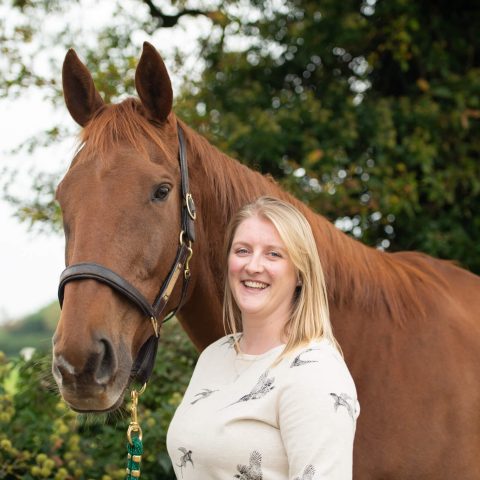 Hello and welcome to the LCC. I'm a rural-loving mum (of the horse, human and dog variety!) living in Cheshire in the North West of England.  For as long as I can remember I have always had a fascination with the great outdoors. Eager to understand the 'how' and the 'why' of the world around us. I created this platform where we can connect and share our love of the the countryside and rural life.